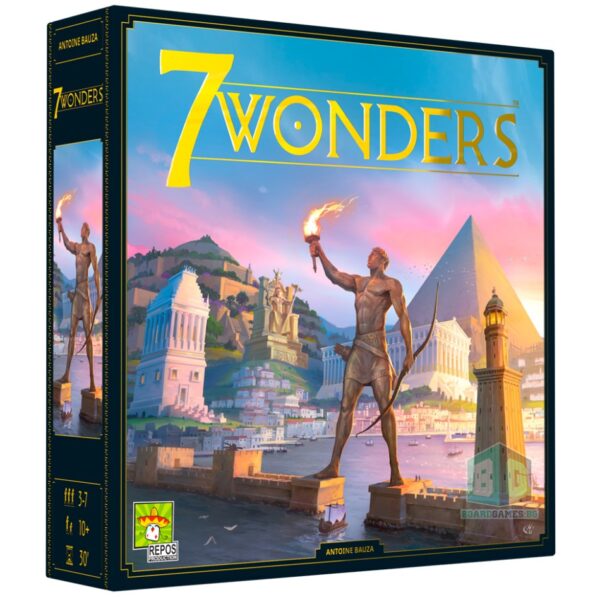 The board game which has won the most awards worldwide gets a new look! After having won 30 awards worldwide, sold over a million copies throughout the world, having created 7 expansions, a 2-player version, and two mobile applications, the most award-winning game in the world comes back with a new edition! With such an awesome journey so far, it was time for this gaming monument to freshen up! So this is the reason why, we now have the pleasure to show you in exclusivity the new box as well as all the changes you’ll find in this new edition!

Make the right decisions to lead your civilization to prosperity!

Lead one of the seven greatest cities of Antiquity. Develop your civilization on a military, scientific, cultural, and economic level. Once built, will your Wonder bring you glory for millennia to come? No downtime, renewed fun in each game and perfect balance regardless of the number of players.